Recycling sooner rather than later

The progress and advancements in computers over the past 30 years has grown at a rate that nobody could have foreseen. Just over 25 years since the first website went live you can now have email delivered directly to your wrist.

Since their inception, computers have played a major part in business with most organisations now relying on, at the very least, one or two machines to conduct operations. At the other end of the scale, companies with thousands of employees issuing each one with a PC or desktop to conduct their work. We are also now entering the cloud era with huge data centres opening every day.

This exponential progression serves generally to improve efficiency, revenues and connectivity for all of us but does bring new challenges straight to the desk of those that work in IT; How do we keep up?

Every year PCs become smaller, faster, more energy efficient and many large organisations now find themselves in the situation of new IT equipment being purchased and installed on a weekly (if not daily) basis, to ensure employees have the latest and greatest computing tools at their disposal.

It is no secret that IT department budgets must often be utilised in full on an annual basis to ensure they are allocated similar funds the following year. With a constant stream of incoming equipment one would think that any redundant hardware would be disposed of in an equally regular fashion, this is not always the case.

Many organisations fall into the trap of the dreaded storage cupboard. Stacks of PCs, TFTs and Laptops being held ‘just in case’ and for parts etc. Whilst this practice may seem logical at the time, IT devices are assets. Their residual value, as well as ability to perform in a continuously advancing environment, depletes with every passing day.

IT Recycling is now an industry in itself, with companies such as Innovent providing a service that collects redundant equipment, sanitises hard drives and ensures hardware is recycled correctly. Documentation and certification is then provided to state correct recycling and data destruction.

There are two destinations for a recycled computer; refurbishment or base recycling. Most machines that are deemed end of life in many organisations are still more than capable for personal or light business use (I’m writing this on a 10 year old PC that does me just fine!).

If a PC is used by a department for 2-5 years and then stored for a further 2-5, by the time it is disposed of, it will be practically an antique. Like trying to use a Pentium 3/4 machine today (believe it or not we still recycle many of these every single week), they just can’t cut it with the latest operating systems and web technologies. They are subsequently broken down into raw parts which, whilst better than going to landfill (we operate a 0% landfill policy at Innovent), seems an awful waste.

Those Core 2 Duo machines from 2008 in the back of your store cupboard will face a similar fate in a few years’ time. The energy put into the design and manufacture of these systems reversed when they are dismantled.

The ‘hoarding’ culture still plaguing many IT departments is not only wasting money but energy also. Like the inward stream of new equipment, a regular stream of redundant equipment leaving the department can be very beneficial in more ways than one. The ‘newer’ a PC is when it is disposed of (i.e. further from being base recycled), the more suitable a PC is for refurbishment as opposed to dismantling.

What does this mean? Those PC’s being stored indefinitely in your store cupboard could be used by start-up businesses or personal users on a low budget. This 2nd life use is not only better for the environment but can provide a revenue return to your department!

Generally, PC’s less than 5 years old carry enough residual value for IT Recycling companies to offer money back for working, recycled systems. This could ‘top up’ a tightened IT budget and is certainly a more considered approach than leaving equipment to lose value and usability and accumulate nothing else but dust.

On top of all of this, the older the equipment you have to dispose of, the more it will cost you. For example at Innovent we operate on a cost-neutral basis. We use the residual value held in equipment we collect to cover our own costs. This means for the majority of our clients we can offer a free service (and in some cases money back).

When asked to collect Pentium 3 machines that have been in storage since the early 2000s, we cannot cover our Transport, Labour, Processing and Data Sanitation costs as these PCs are worth a small amount in scrap metal and plastic. Subsequently the client is charged a small amount for the disposal and I can’t help but think how different the situation would be if the equipment had been recycled shortly after it hit the shelf in the IT store cupboard.

Recycle sooner rather than later. 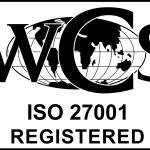